What are your top hangover cures? An unctuous, juicy and even slightly stodgy I dare say, bite of dim sum is surely high on the list.

We've walked past Yum Cha on Chalk Farm Road countless times, and I finally get my jaded self there. It's a good mix of clientèle, and lots of fellow Chinese people. And you know what they say about seeing lots of Chinese folk in a Chinese restaurant.. 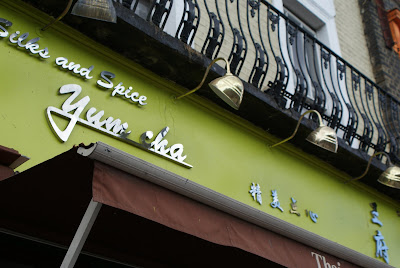 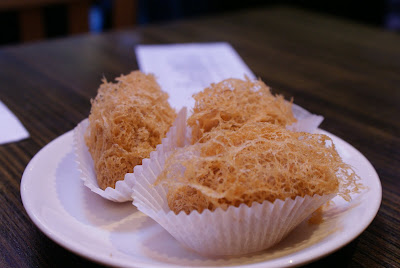 Fried Taro Croquette: the crispy and wispy coating was light and crunchy, and the taro paste inside was of good mushy consistency. Good chunks of pork and prawn inside too. 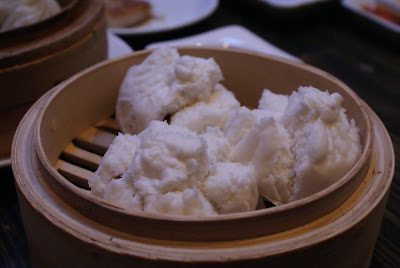 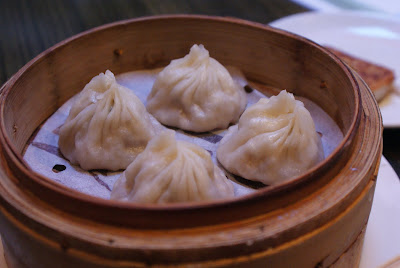 Shanghai Siew Long Pao: I love these little critters, they are a dumpling with some cunning liquid inside, so when you craftily bite into one, it's a burst of soup that swirls around your mouth. The skin was beautifully light and hoorah, I didn't dribble first time! 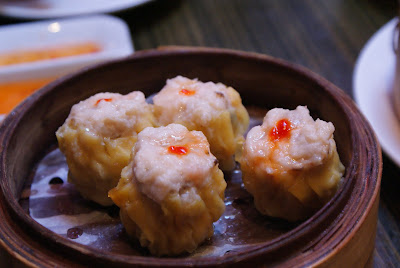 Pork and Prawn Shumai: A real classic, these were compacted bites of prawn and pork that were roughly chopped, giving me that savoury cure for the night before! Excellent flavour. 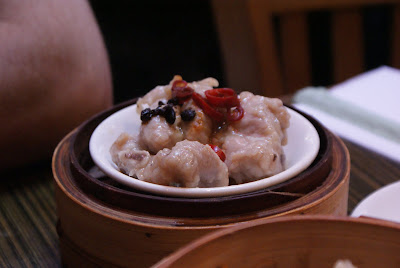 Steamed spare ribs in black bean sauce: slightly disappointing, these were actually quite bland and tough, without much evidence of black bean flavour! When these are good, it's a pleasing job of biting around the bones to grab a tasty morsel. 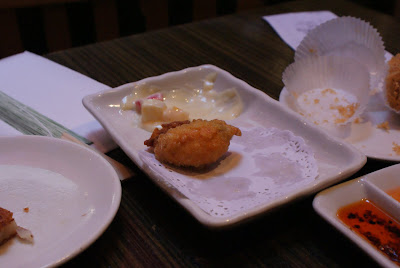 Coriander, Bamboo and Prawn Croquette: it looks slightly lonely there, but I couldn't hold my friends down before taking the photo! This came with a sweet mayonnaise, and I regret to say I was rather indifferent on this one. 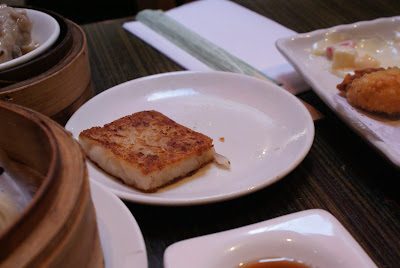 Turnip Cake: Mmmm, we're back on track! Yet another great choice to line the stomach, I adore that crispy outside and moist cake that is dotted with chinese sausage. 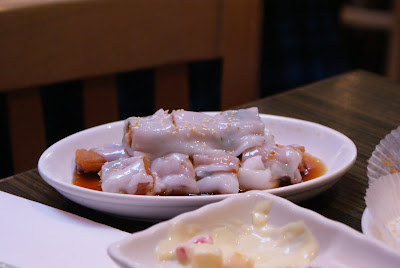 Fried Dough Stick Cheung Fun: I like describing Cheung Fun as Chinese cannelloni, it's quite simply a tubular noodle that holds fillings. This version sees the silky white outside coat a fried dough stick, so you go from smooth to crunch in the same bite. Pour a little soya sauce mixture on top and it's all good. Worcester Sauce Marinated Japanese Baby Octopus: don't those red lovelies look striking! I'm a big fan of octopus, and have never had these little babies. They were slightly tangy, mostly savoury and their juicy bounce was a great texture. 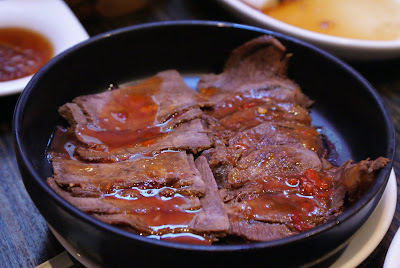 Five Spice Beef Tongue & Shoulder: can you guess we're getting a little adventurous here. I loved the cold cuts of Chinese meat which had a peppery bite amidst the five spice flavour. Both meats were rather tender and moreish. 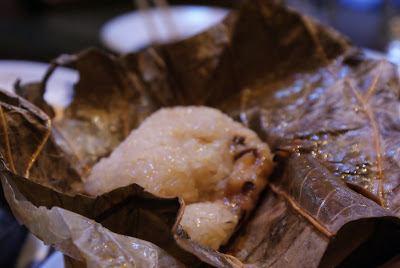 Steamed Lotus Leaf Rice with Chicken and Shrimp: more stodge to nurse me! Another less exciting dish as the usual earthy flavours from the mushroom or leaf weren't very forthcoming. 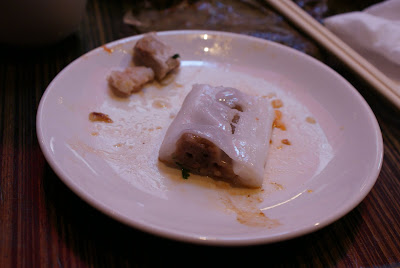 Minced Beef Cheung Fun: an interesting one as the beef inside the cheung fun had fused together to look less like mince and more like a slab. I would have this one again.

My expectations had been raised since reading such glowing reviews on the web, and off other food blogs. For the price point ( for ALL of those dishes, including drinks and service, it came to a very modest £14 per head between four people), it's a more than passable dim sum standard, plus off-the-beaten-track dishes like the octopus and beef tongue are done very well. I'm not bowled over, but I will come back as the service is pleasant and they work hard getting all those orders out! With 50% off the bill between Monday-Wednesday after 5pm, school night drinking just got easier!

Posted by Hungry Female at 9:33 PM