Tapas and Beyond in Barcelona, Part 1

Hola Barcelona! Home of magnificent Gaudi wonders and one mega football team. Till this year I'd been the ONLY person I know who hadn't been to Barcelona, and now it was my second time in this dreamy, artistic city. After having done all the touristy must-dos, the agenda this time was mainly about, you guessed it, food!

Barcelona has so many artistic highs it's dizzying. From Gaudi's Park Guell, to the modern marina down in Barceloneta, the city is a live promenade of beauty and art. For this reason, one post will never do this city any justice, so in this episode I'm highlighting the classic but less popularised treasures we indulged in... 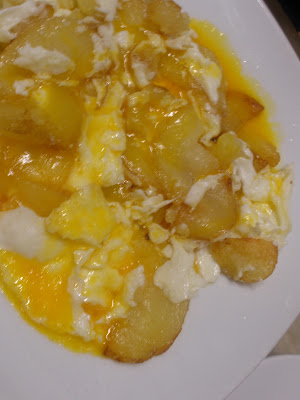 Patatas Bravas con Huevos: or for those who don't habla espanyol, Fried Potatoes with Eggs. Runny Eggs. Eggs that make a thick gravy and coat the much loved Spanish spud like a velvet cape. Eggs that are self saucing and the ultimate remedy to the stinkiest hangover (can you now guess how we first met?). True ecstasy is when a slightly salty burnt potato corner meets a golden smushy yolk with flecks of white. 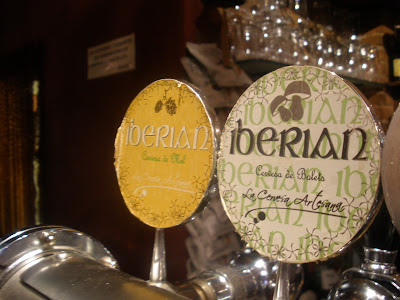 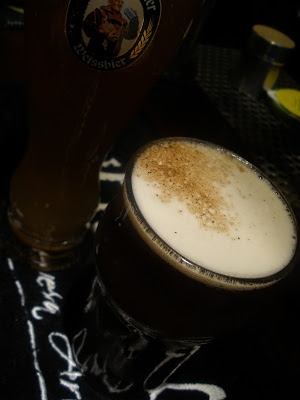 Mushroom Beer: oh yes you heard that right. Drinking this dark brew, courtesy of La Cervesera Artesana, a microbrewery located near Diagonal metro, was like falling into a swimming pool of mushrooms. Creamy, earthy and deliciously tubertastic. Dusted with pepper, it possessed savoury strengths of both beer and funghi. 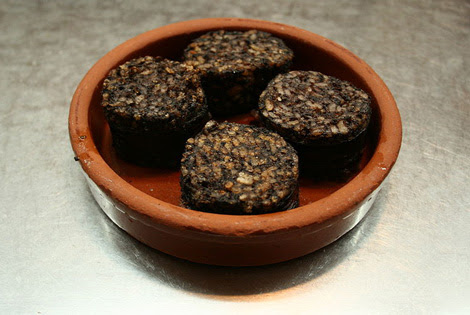 Image from reservasdecoches.com
Morcilla: Spain's contribution to the shady world of black pudding. If being addicted to blood is like this, call me a vampire. Morcilla crusts up when fried, and keeps moisture inside from the filling that consists of rice, onion and sometimes minced meat. For some reason it kept creeping up on tapas menus in Barca more than I recall, and I've been yearning for its primal darkness since. 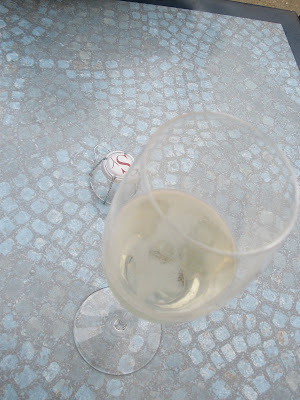 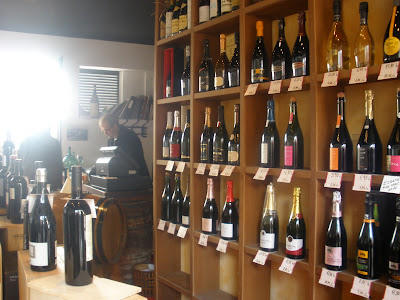 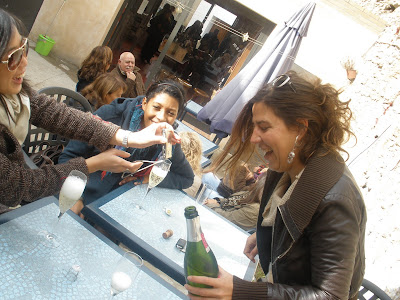 And finally, Cava: the humble and often misunderstood sister of French champagne, Cava is not alone in the sparkling wine genre in being "second best". Aww. Perhaps a visit to the Penedes region just south of Barcelona may bring this understated bubbly into perspective for you. Freixenet, Jean Leon and Cordoniu have all called out to us on the discount shelves of Tesco and Sainsbury's, but Penedes is to Spain what Champagne is to France, and has it's own right in wine tradition and appreciation. We were treated to an intimate bodega called Market Green run single-handedly by Xavier Esteve, who patiently explained his own method of making cava and his desires in expanding his premises to include gastro tours and agri-tourism. His house cava was refreshing, dry and made me think pears and apples - perfect with some patatas! I predict we'll see more of this sparkle as the region continues to flourish and export its wares.
Next episode, contemporary tapas that would make Ferran Adria work for his jamon....
Posted by Hungry Female at 10:41 PM

your Barca food highlights leave me wanting for more!!!

"the shady world of black pudding"
this bit made me laff shu!

Thanks Matt! Is a very timely comment seeing as tomorrow is Burn's Night:-) We need to meet for some black pudding/Ethiopian/Sunday Roast soon! I miss your cooking too, Shu xx