A cheeky side-step from food for a little moment: from the moment I walked into the 798 Art District in Beijing I was obsessed. These former electronic components factories often draws very mixed response from its visitors. Some find it bizarre, others don't understand. Most are often just amazed at the sheer scale of their quirky and provocative gargantuan sculptures. I just wanted more and more. 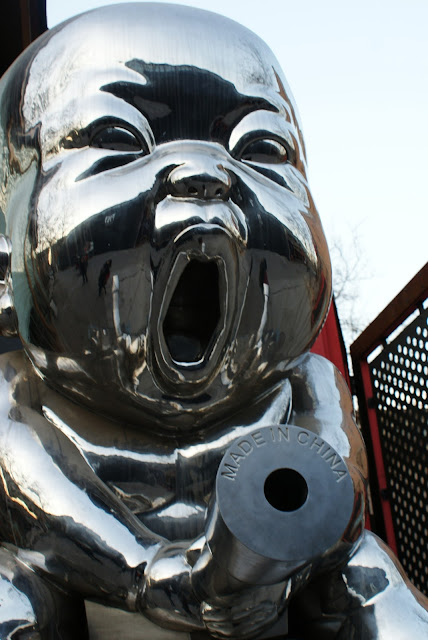 With aid from the East Germans in the 50s, this huge area houses many Bauhaus-style factories now converted into art galleries and museums. Mammoth installations change periodically, some remain and have become icons to China's headline-making art scene. 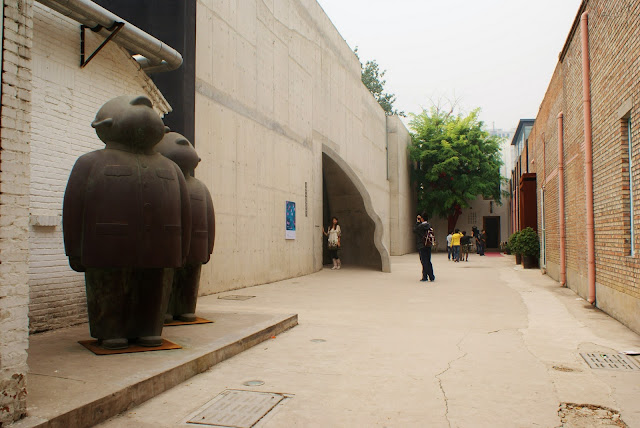 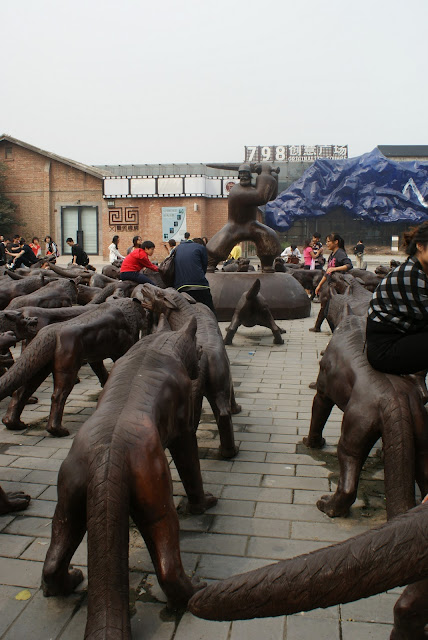 I spent alot of time wondering around the open courtyards, every corner gave me a different viewpoint. Many works use traditional Chinese elements but with a far from traditional message: you may see a cherub with Chairman Mao's head in fuschsia pink, or a Terracotta Army soldier totally starkers and posing suggestively. 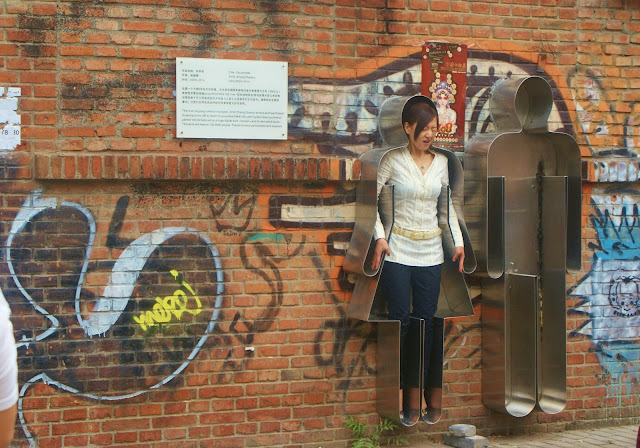 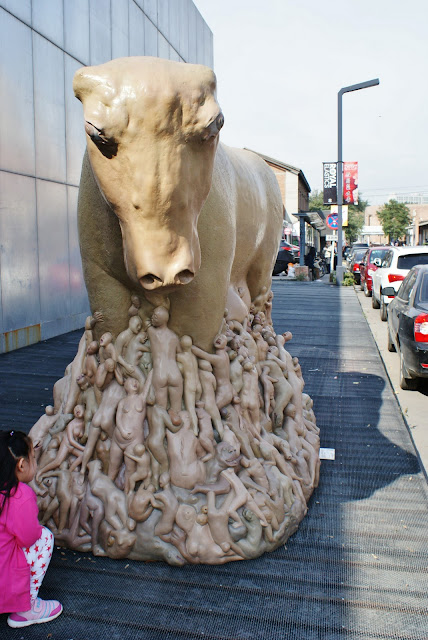 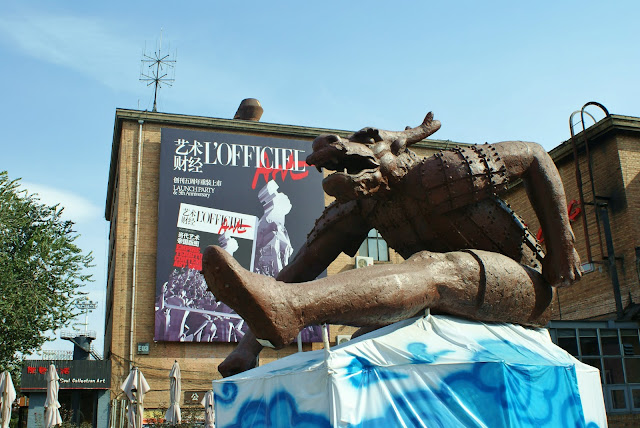 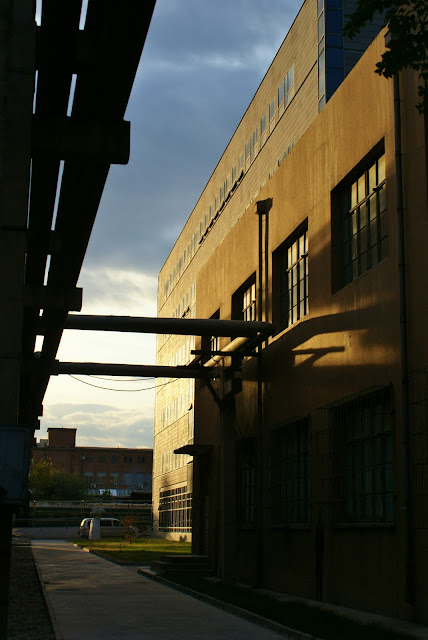 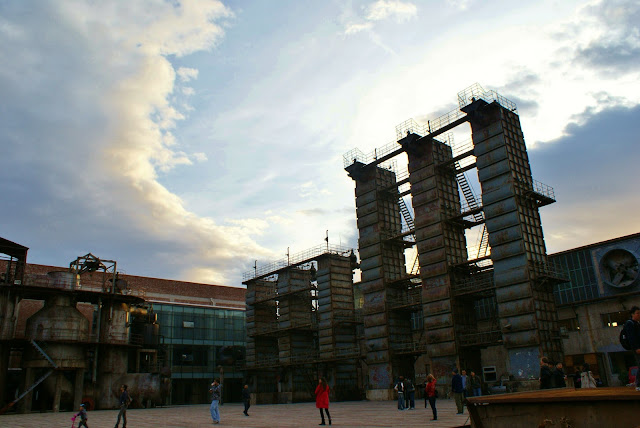 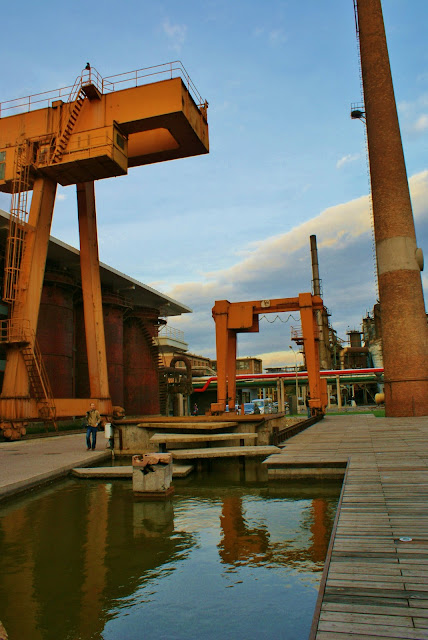 Eerie, metallic, large and empty. Alluring. So few installations anywhere can be showcased on such grand scale. 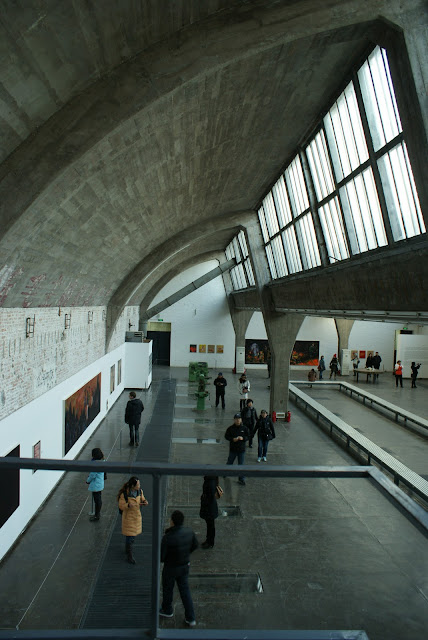 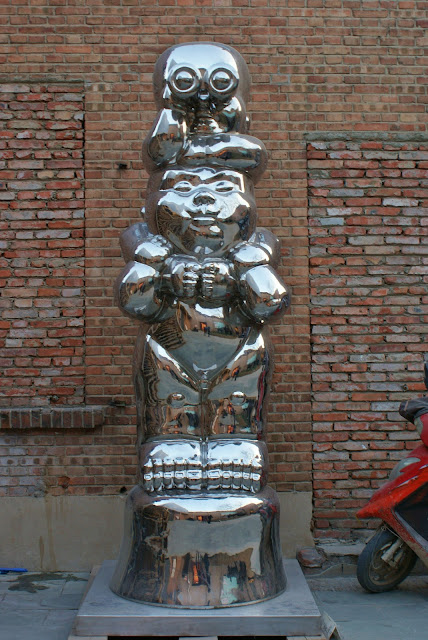 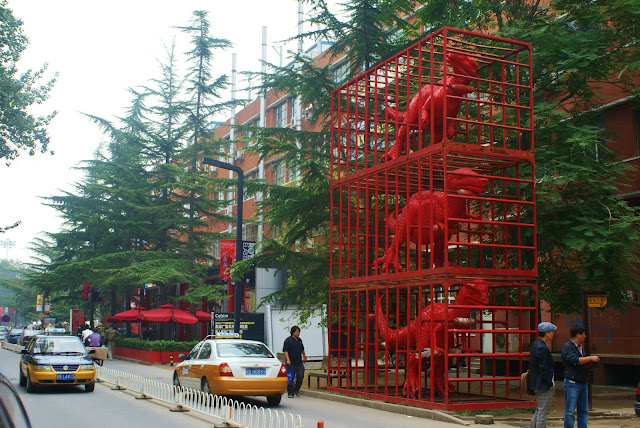 The only letdown? A rather disappointing eating scene for such an interesting place. My tip would be a small noodle place past the entrance of the UCCA Gallery. Look out for the huge red dinosaurs just before coming up to the UCCA, walk past the revolving doors on the left and you'll see the character for noodle or mian 麵 soon after. 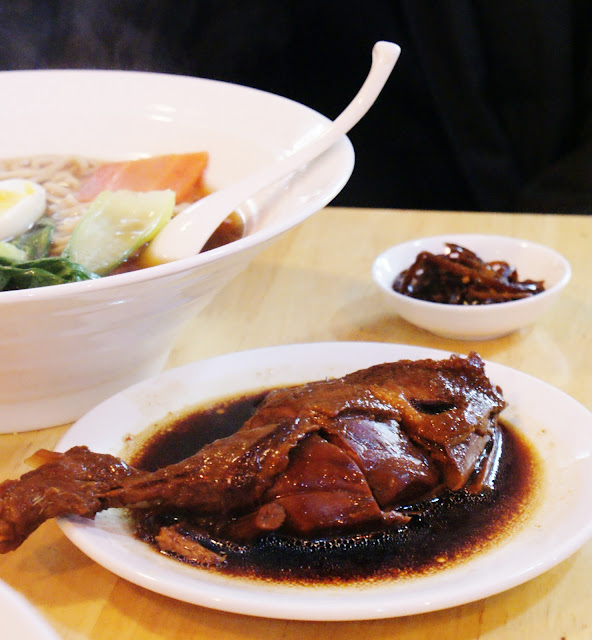 I'm actually unsure as to what style of food this is in, though it's closer to what I know as southern or Cantonese. Curly egg noodles in lots of good broth, their duck leg noodle 鸭腿面 yatui mian is juicy and full of flavour. Compared to other noodleries there are lots of ingredients, it's rare to have as much as we did for about RMB16. 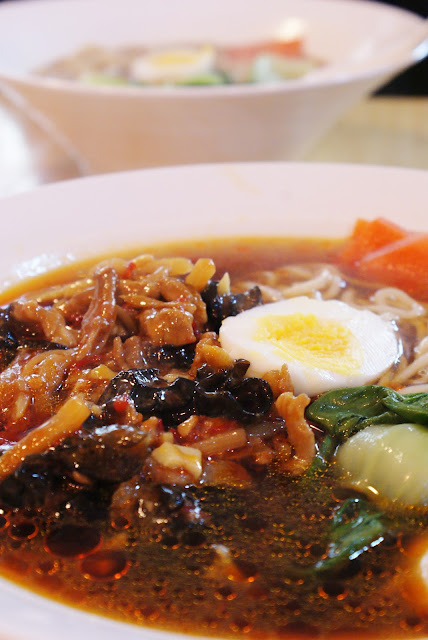 The classic preserved vegetable and shredded pork noodle or suancai rousi mian 酸菜肉丝面 was equally hearty and comforting. Great value and flavour given the other options nearby which tend to be poncy western and/or expensive wine bars. You'll be there for a good part of a day so vital to know where to have a decent bite!

798, you stole my heart. I keep looking for the same haunting and evocative environment, but something tells me I won't find it elsewhere.


View Larger Map
Posted by Hungry Female at 11:55 AM

I know what you mean about the noodles. I came across some Canto/Southern Chinese places in food courts in Beijing that didn't seem quite 'right'. It could be that they were a Northern take on Southern-style food?

artful sights to nourish the soul! it does seem really unique, like some sort of massive outdoor exhibit :D

It's really special, I can't think of a bigger area anywhere else in the world housing so much art!