Entertainment with food isn't a new concept, but the packaging and execution can always be reworked in numerous ways. Circus is amongst many venues in London offering quirky, humorous and off-piste entertainment whilst you wine and dine. 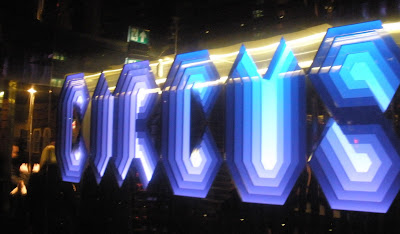 Located on Endell Street in Covent Garden, one could easily miss the entrance, owing to the clandestine iron shutter that only opens every so often. Enter, and it's a glittery sea of pretty people all bobbing to the beat. There is a well-stocked and run bar, with sufficient cocktail shaking to convey they have that part of the place in control.
It's a true melange of decor. Silver balls and tinsel flash from the bar, there are lounge-y pockets of space to have a drink, and each wall has a different but equally loud and attention-seeking print. Well done though, and    in the middle of the room is the main table where we were seated for our friend's J's super fun birthday dinner!  With a contemporary banquet feel, it also serves as the stage where various entertainers prance, whirl and perform in between courses... 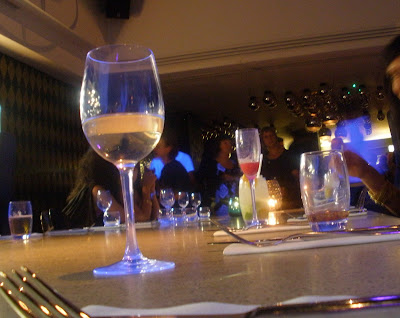 What were we treated to? As the name suggests, there were the artistic and precise trapeze acts, and the more comical, modern "freaks". 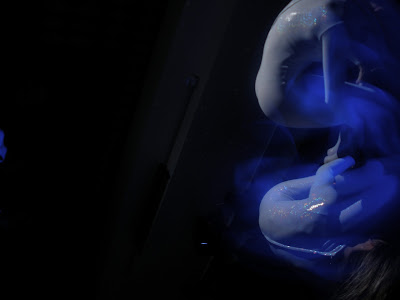 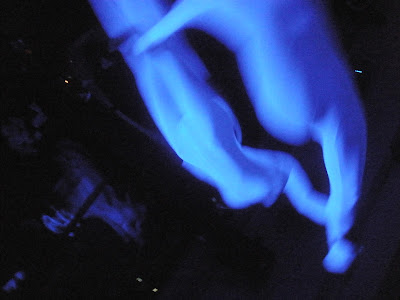 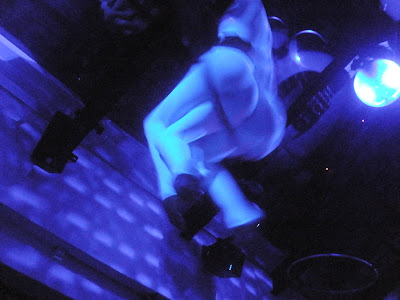 First act in between courses were two trapeze artists who mirrored each others movements around the hoop. Their ghostly shapes created delicate and luminous patterns with the light effects as well. 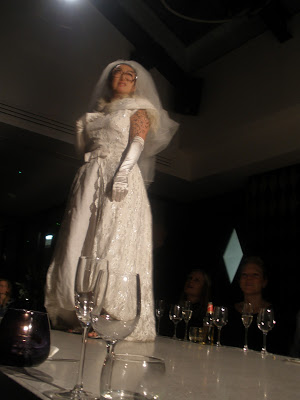 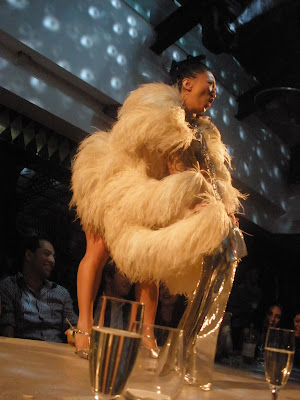 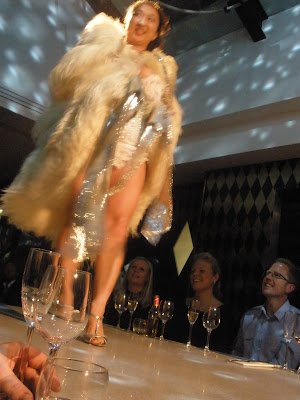 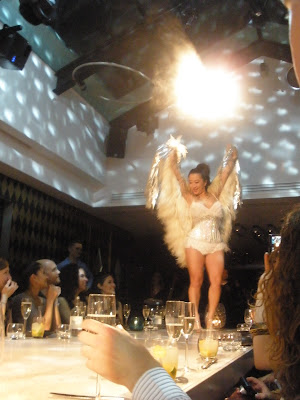 The second was a twist on the striptease - a forlorn Japanese bride walks down the "aisle", threatening suicide and self-harm, when suddenly she sees hope ahead! Off comes the hideous wedding gown to reveal a flambouyant feather cape and diamante encrusted corset. The actress had the most comical expressions, it was hard not to giggle. What is entertaining is her stripping down to reveal silver nipple tassles which she jiggled to the beat of the music! 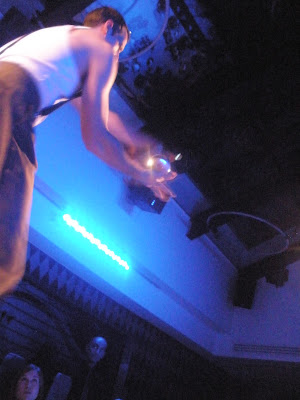 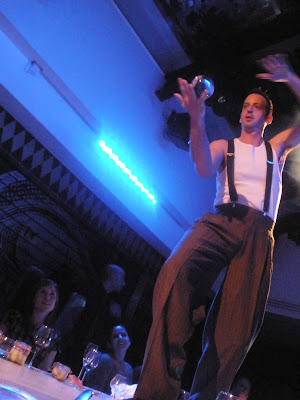 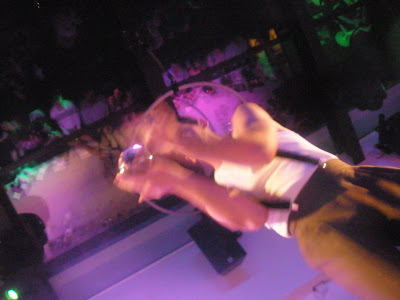 My favourite - a man with a glass ball body-popped and moved the ball through the air as if it weighed nothing. Done to a remixed version of Sway, it's a clever balancing act.

And how about the food? Whilst I love the vibe and the upbeat atmosphere of the whole place, I find it's not so much about delivering awesome food. One has to count this as whole nocturnal entertainment venue rather than a restaurant per se. Sadly I couldn't take good photos due to the blue tinged lighting, but here's my try.. 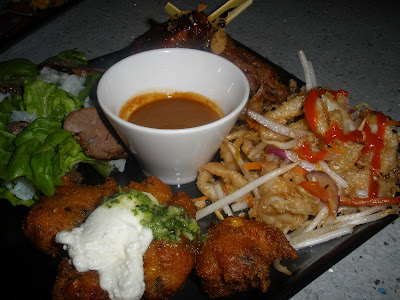 For large parties, a party menu can be organised along with the booze. The menu is Pan-American, not a phrase I've heard before, but in keeping with the eclectic theme. We started with Chicken Skewers, Chilli Squid salad, Sweetcorn fritters and a Beef salad. All were tasty and wholesome, with a more home-cooked style rather than avant-garde, which would have been more suited to the up-scale setting. 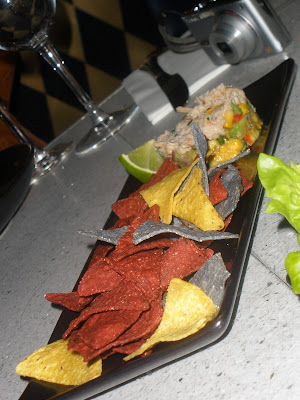 Crab Cakes with tortilla chips: Aside from the colourful chips, this dish was actually rather unexciting and lacked seasoning and zing. 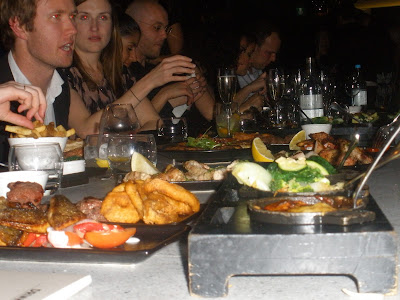 Now it's all a bit of a haze here. Yes there were copious amounts of wine, and there was also dance music blasting and general socialising amongst our party. Platters of pre-ordered food kept arriving, providing a magnanimous array of choice. Here were some I remembered..

Vegetable Roti Parcels: Reminiscent of a Morrocan pastry, it was filling and rather tasty. I couldn't really tell what vegetables went inside, but I could hazard a guess of courgettes, corn and coconut.

Sticky Pork Belly: Probably the best dish of the night. A loin of pork was chopped up and still retained alot of juiciness.

There is a lot of variety and for £70 a head, drinks and acts included, there is more than enough food and fun to keep you going through the night. It's perfect for a big group, and I did have an excellent Orange Espresso Martini which I rate the bar for. However, call me the bearded woman if you must, the food was rather more a supporting character rather than the headline act itself. That being said, I'd still recommend it for a different and enjoyable night on the town.

Posted by Hungry Female at 6:28 PM

Aw, shame the food did not match the entertainment, the sticky pork belly looked delicious indeed! Did you get to try those cute desserts as well? :)

I did - my photos didn't do it justice though! Wasn't too keen on the dessert... VERY fun venue in any case for J's birthday! xx