Third installment in my mission to taste all flavours from The Last Polka who make table-dancingly good ice cream. 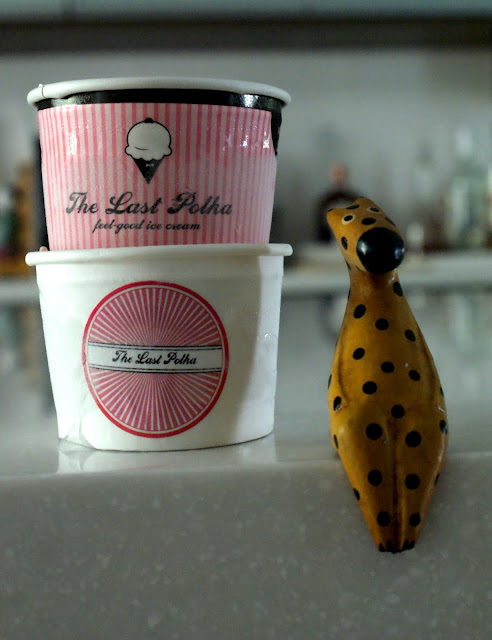 Horlicks and White Coffee are two cornerstones of Malaysian cafe culture. For many, Horlicks is the drink of their childhoods, made from malted barley and wheat and advertised heavily as a healthy guzzle. Often mixed with sugar its sweet, wheaty flavour and aroma is unmistakable. My latest dip into the little pink tub was quite literally the frozen, creamy version of the drink. Full of flavour, this will score megapoints with the true Horlicks fan. Towards the end it was a little cloyingly sweet though I'm guilty of not being the hugest fan of the actual thing. 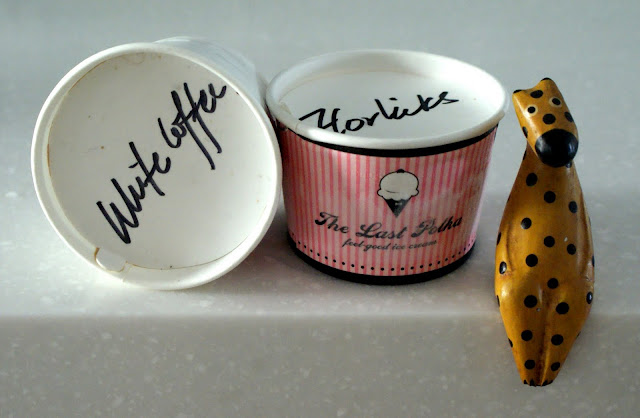 And in contrast, white coffee ice cream has now become a very good friend. Dark, in an almost chocolate shade, The Last Polka has again captured the spirit of the ingredient right down to the roasted beany-ness and grainy texture. It even had that subtle bittersweet aftertaste of coffee. Huge LIKE!
Read about part one and two of my Last Polka saga, and keep tuning in for the next in the series! Small tubs of this gorgeous stuff are RM6.80 each.
Posted by Hungry Female at 10:53 AM

the drink of my childhood was ovaltine! i wonder if that's still popular, or whether it's been overtaken once and for all by milo. and if the last polka ever considers making milo or ovaltine ice cream, i'd vote for the latter! :D

See, I was always a Milo girl myself, so was rare that I even had Ovaltine. Wonder if The Last Polka have tried that as a flavour? :)

i found out that mixing white coffee with their gula melaka ice cream balances everything so well!