I interrupt my Beijing broadcast to bask in the glory of finding black gold in nearby Damansara Uptown. Old to the other residents but new to me, and a find is still a find! 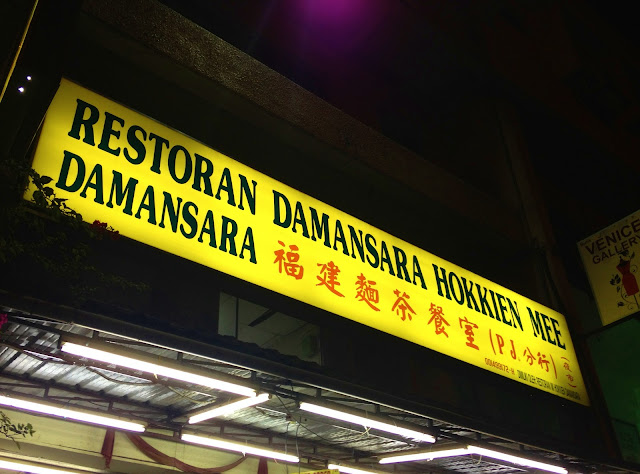 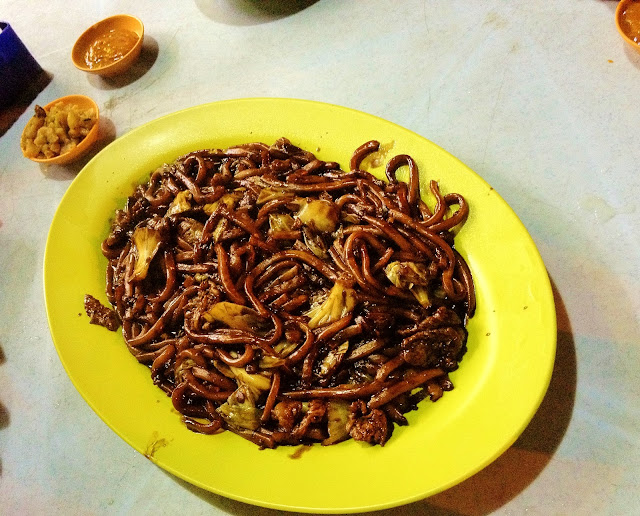 You know the drill: you've had some drinkies, dinner was a long time ago and you see the shop's fluorescent lights on the way home. A steamy plate of oily carbs is just what you need. Not forgetting the extra Chee Yao Zha 猪油炒 (Fried Pork Fat). Followed by some debate over whether it was the best Hokkien Mee in PJ. Let's just say I went to bed a very happy girl.

Where have you had phenomenal Hokkien Mee 福建面 and what makes an unforgettable Hokkien Mee for you? I know you'll have an opinion!


View Larger Map
Posted by Hungry Female at 7:01 AM

L & L are what make a stupendous hokkien mee in my book ... Liver & Lard ... And lots of both! The Oriental Group's branch in Imbi has a hokkien mee on which a veritable mountain of crisp prices of lard are piled, just before the noodles are served. It's a shock to see at first, and diners might wonder if they'd be capable of finishing all the lard, but I think most of them do! :D

I dont really eat Hokkien mee that often, but the best one I've had is probably the one from a seafood restaurant called Kwai Lam.

Midnight eating :-) I do adore Malaysia for the fact that you can get awesome food at just about anytime of the day.

Sean, Yen: Nice ones! Ooh not sure about liver in HKM, perhaps the effect so long as I don't meet the actual slices!

Yum: I may sound pompous but us Malaysians take the crown when it comes to midnight street food!