Ahhh. It feels good to be back in London. So much is familiar but I've only been back for a while and already I know there are many exciting things to catch up on. And one exciting thing that I must tell you about is Mr. Noodles' ambitious campaign to bring Din Tai Fung to London. I'm thrilled! 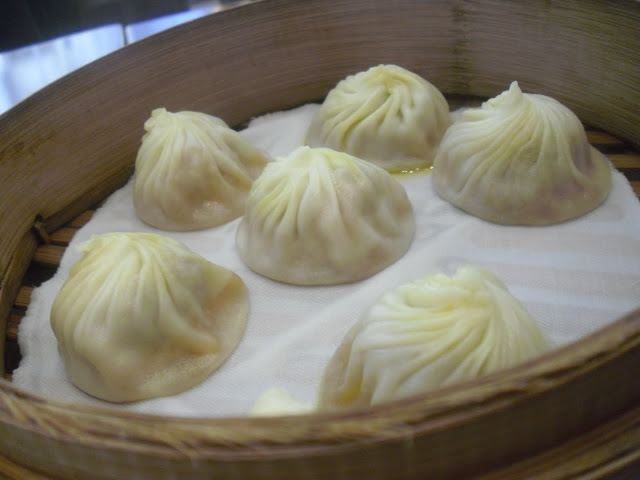 Originating from Taiwan, DTF is an excellent restaurant chain famous for their Xiao Long Bao. A specialty dumpling, these are famous for a delicate skin (traditionally folded 18 times) carrying a little burst of soup next to a juicy stuffing. DTF also has many other tasty dishes and is an all-round champion for Taiwanese-style Chinese cuisine.

Why the big fuss about getting them to London? Because London deserves awesome Xiao Long Bao from an expert maker. And so far, I regret to say us Londoners have been denied this privilege. There are some that try but somehow just miss the mark. DTF is across China, South East Asia and with branches in Australia and the United States so it ain't fair.

If there's fire (and an appetite) in your belly for great-quality dim sum and authentic Chinese food, please add a comment to Mr. Noodles' blog campaign here! You deserve to have these exquisite treats available to you!

Mr. Noodles is the jovial owner of Eat Noodles Love Noodles who lives in London and adores (guess what?) his noodles and dumplings. Hungry Female has indulged in the pleasures of DTF in Malaysia and Beijing  so knows that this crusade is worth it.
Posted by Hungry Female at 9:49 AM

After reading this, I'll never take DTF for granted in KL ever again :D

Thanks for the support! Much appreciated!!

Sean: you shouldn't! Plus all the other amazing food that surrounds you daily! *Sob*

Mr Noodles: Not at all, we're in this together!