Sigh. And that is saying something when one starts a blog post with a sigh. I did so much want Baozi Inn to help me recreate some of those Beijing highlights I had been fortunate to experience last year but alas. For a second I wondered if that was an unrealistic expectation though when somewhere says it serves real “Beijing Street Food” then they’ve talked the talk. Now wok the wok, I say. 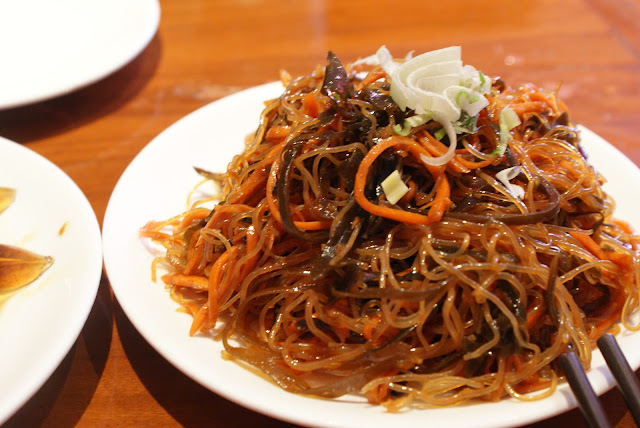 There were some pleasantly surprising dishes. We loved the cold vermicelli, seaweed and carrot salad that was oozing garlic, ginger, spring onion and sesame oil and the Flower Tofu with Spicy Chilli Sauce which was a contrast of texture and flavour. Light as a cloud and full of fire. Also quite good was a vinegared beef in slices. 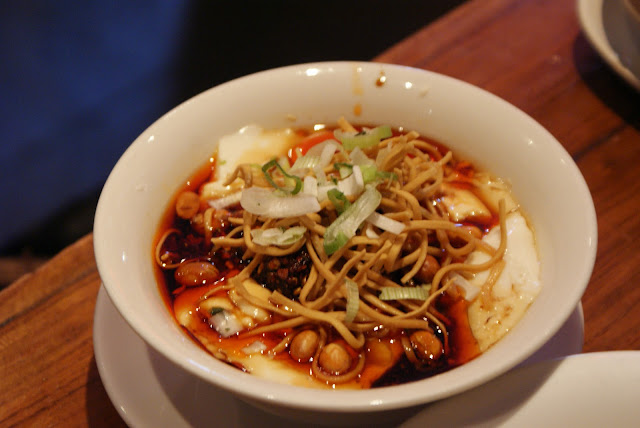 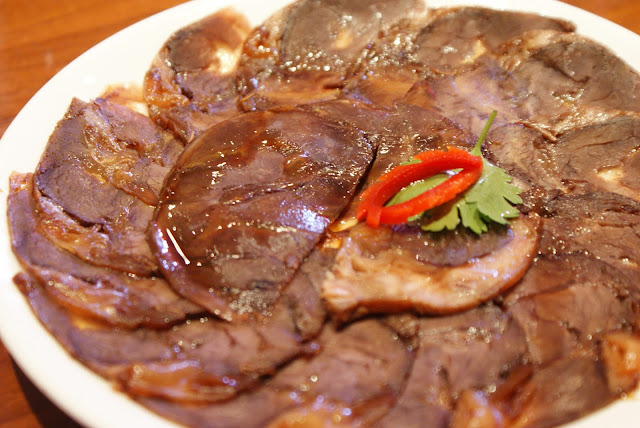 With much regret the rest were rather meh. We had specifically gone for Dan Dan Noodles 担担面, Black Bean Noodles with Chopped Fresh Vegetables Zhejiang Mian 浙江面, and their Boiled Dumplings shuijiaozi 水饺子 and found them to be soggy and sorry versions. Shame as their basic flavours were actually present, we had the impression they had been sitting around over-steaming and diluting their flavours. And if one wants to serve Century Egg then one needs to let those ammonia fumes sing! It may be the Marmite of Chinese Eggs (either love it or hate it) but c’mon do those who love it some justice. They were overcooked with yolks as hard and miserable as your Granny’s dentures. 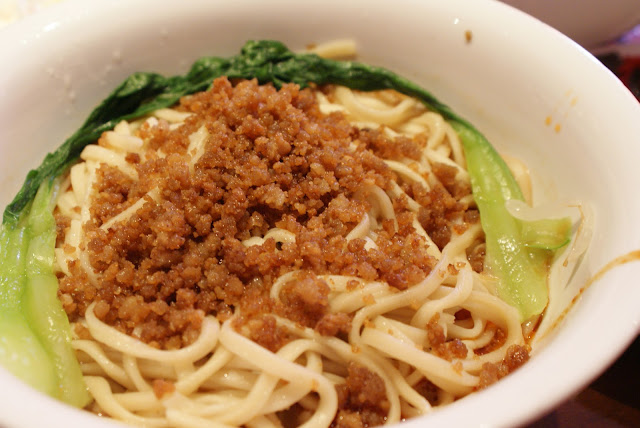 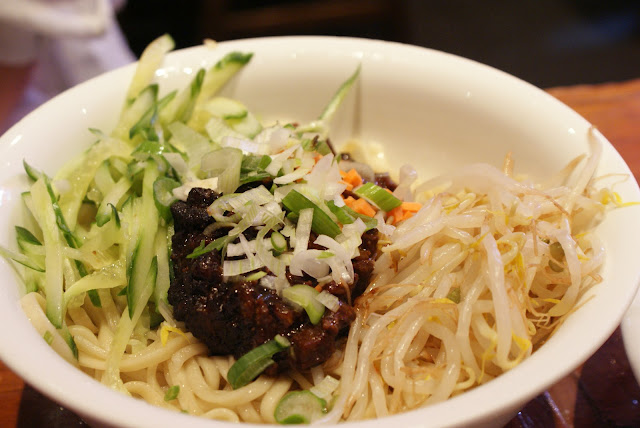 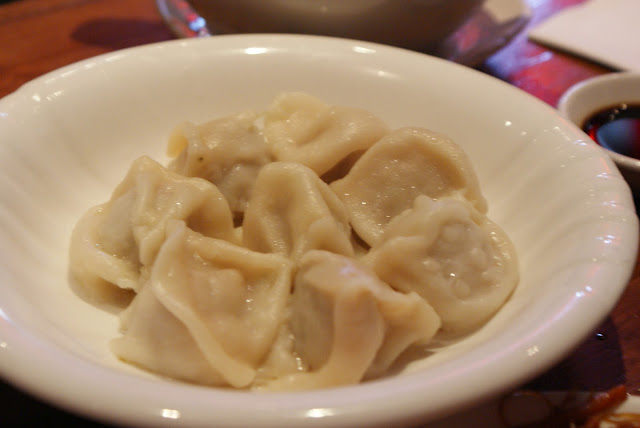 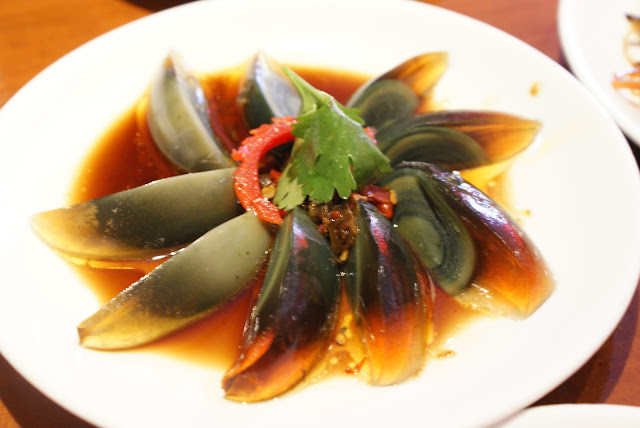 What was very authentic to me was the full on red lighting, an enormous picture of Mao and some fellow with his head buried in a bowl and slurping to his heart’s content that reminded me of good ol’ Beijing. The hunt for these sensations continue.

Six dishes between three people, and a pot of bottomless tea came to circa GBP15 per person. Bizarrely enough we didn’t have a giant baozi 包子 to share, and none of the skewers chuan’r 串儿 which are both very Chinese and very Beijing. Worth a second trip? Hmmm. And that is saying something when you end a blog post with hmmm.

yikes. let's hope the restaurant takes note of your feedback. sounds like all the ingredients for success were there, but the execution fell short...

What would you recommend eating in Beijing?

I've just started to enjoy eating cold noodles. It started with cold soba and slowly I'm moving into others.

Sean: yes you summed it up exactly!
Anonymous: Hit "Beijing" on my tag cloud, I genuinely recommend all those places!
Yum: LOVE cold noodles! I learnt alot about those in Mainland China.

Hi Shu, I found you!

Oh, I tried Bao Zi last year. Never wanted to go back. And this comments come from someone who seldom complains about food unless it's really not worth my £... or RM ;)

Going With My Gut said...

It's a convenient and cheap and cheerful night out, but honey I think it's going to be up to you to recreate some proper BJ vibe in this city ;-)