Hark! The British Spring beckons! We are seeing all the signs in London at least: sunglasses in the Tube, quintessential exchanges of weather in the office lift and people shivering on outdoor terraces. It's one of my favourite times of the year: the days become longer and this city sprouts in activity with fungal ferocity. Plus with the upcoming Bank Holiday hat trick and the Conservative/Labour face-off in May, these are exciting times.

Staying on the British subject, I feel all the more enlivened by my second home when I see all constituents of the U.K and Ireland on a single menu. Mark Hix's Soho venture has great regional representation with items like colcannon, black pudding and Welsh rarebit. It also nods to its colonial past with a monkfish cheek and prawn curry. This could actually be an extended version of the Great British Menu without those three pompous judges in the background. 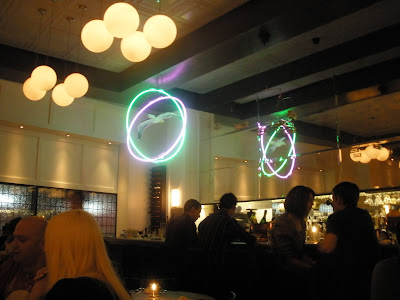 The restaurant fits nicely in the arty Soho neighbourhood. Quirky mobiles like plastic fish in glass bricks and neon hula hoops around seagulls hang from the dimly lit ceiling over the bar. Best Friend and I gazed at these and considered our starters, an air-dried deer that came with pickled celery and cod's tongues on artichoke mash and hazelnuts. 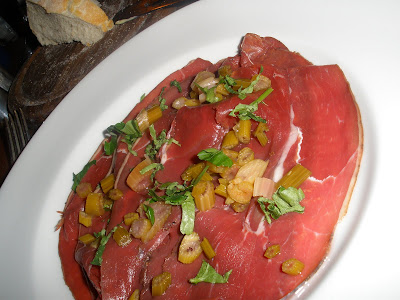 The achingly soft deer tore away without resistance and was deep red like bresaola. Pickled celery gave a subtle vinegar tang that cut through the gamey meat. 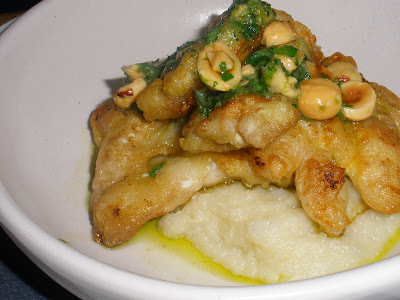 Our discovery of the night were cod's tongues. A gelatinous flesh from the cod's throat, I can only guess these had been seasoned, floured and fried. Soft, SO juicy and very fresh, they were cod nuggets that didn't flake. Hazelnuts provided crunch to the fish and artichoke mash beneath. . 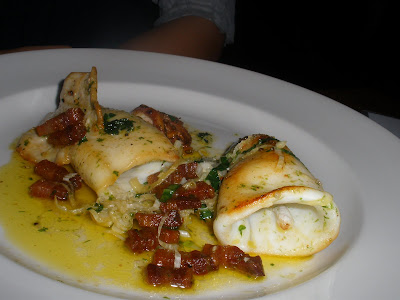 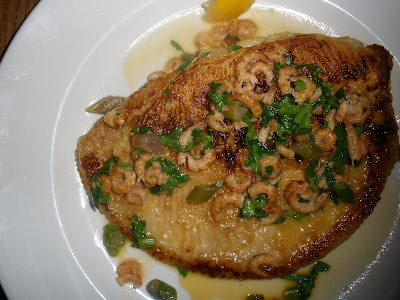 By this time, Mark Hix's magnanimous spirit was clear. My ray, Morecambe shrimp and alexanders had bags of flavour and were of voluptuous proportion. The ray was so fleshy and huge I am embarrassed to say this got the better of Hungry Female.

We left extremely satisfied and practically proclaiming allegiance to the Queen. Hix epitomises Modern British cuisine and executes some traditional, and possibly lesser known ingredients with great success. Even at £40 a head, including a bottle of wine, our pounds and pennies were well spent.

Posted by Hungry Female at 7:38 PM