It's been ages since I dined on Kingsland Road in East London, which really should be called Little Vietnam, given the tight community of Vietnamese restaurants that line the road. In the last 2 years, small eateries offering authentic dishes have mushroomed in great concentration, at cheap prices and behind steamy windows. You'd have thought they were trying to recreate the South East Asian climate down there too!

For ages Song Que had been the Vietnamese to head to, the star that seemed to shine a little brighter than the others. Now there a few new kids on the block, Loong Kee being one in particular. How good were this kid's moves? 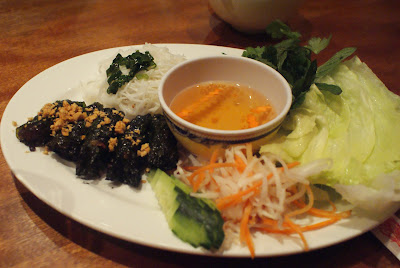 Beef wrapped in Betel Leaf, a spicy minced beef in a crunchy betel coating that can be wrapped again in iceberg lettuce and dipped in a sweet and tangy sauce. I'm normally a fan of the hot and cold effect that comes from the warm beef within cold lettuce, but sadly this fell rather blandly on the tongue instead of engaging me. The tangy sauce wasn't in the least bit tangy, it was more like coloured water. 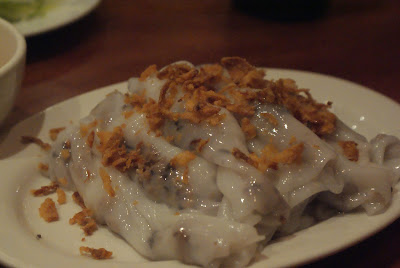 The second starter was gravely disappointing. Steamed rolls are a Vietnamese speciality, that I would equate to Chinese cheong fun. Essentially Asian cannelloni, these delicate white flat noodles can be filled with anything really, from prawns to vegetables to minced meat and rolled. Our minced pork version was nothing like the silky memory I had, they were stodgy, miserably filled and stuck to each other like Chilean miners clinging on for dear life. They were also lacking a savoury ground nut oil that coats the outside and adds further smoothness and flavour. 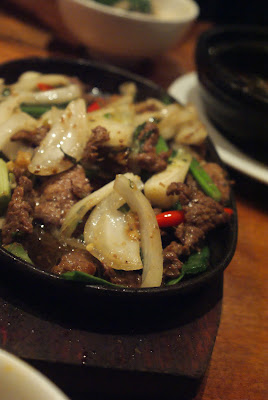 Spicy sizzling mutton was quite enjoyable though, flash fried with cumin, onions and chillis, arriving on one of those hot plates that makes you smell all Vietnamese as well. Not having eaten mutton in a while, it has a real strong animaly flavour that my carnivorous nature loves. 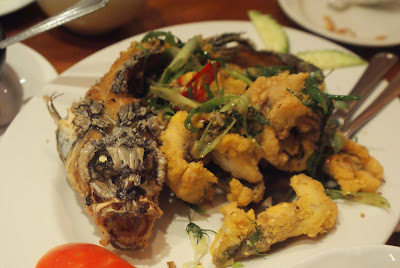 But Loong Kee's secret dance move really is in the deep fried sea bass. Talk about the food equivalent of a disco inferno. A beautifully fried whole fish, mouth still gaping open and snaked around pieces of its flesh which have been cut out and cooked separately. It reminded me of the fierce expressions of a lion in a Chinese New Year Lion Dance! We can't get enough of the crispy salt and pepper batter with nuances of turmeric and unusual herby dill. Topped with spring onions and chillis, it was one loud and dancing dish. 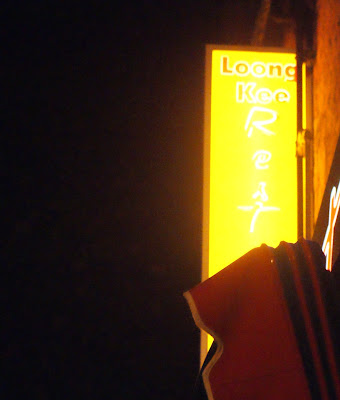 Fifty fifty is how I would describe Loong Kee. The good was very good, but given the tough competition in their area, they can't really rely on a few select dishes to take them through. I'd come back solely for the fried fish, but the other dishes seemed to lack in salty and citrus zaps usually omnipresent in Vietnamese cooking. £15 a head for 4 dishes, including rice, and wine was BYO. 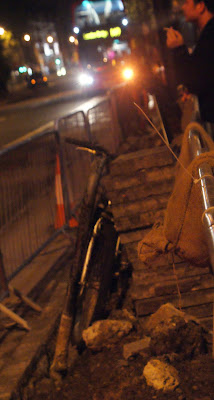 Beware the roadworks outside, they take no prisoners!

That fish looks absolutely amazing! Shame your starters weren't that great though.

Hi Su-Lin! Yeah was a pity but the fish was special! Any good Vietnamese places you would recommend? HF

Shu! When you have a chance try Viet Grill which is a sister restaurant of Cay Tre on Old street road. both are good imo.