All these Little Creatures in Perth

What a lucky gal to have reached Western Australia all the way from NSW. Let's see, amazing cocktails in Sydney, great wine in SA, and yes yes I know there is Margeret River and Swan Valley in WA, but trust me folks, in Perth it's all about Little Creatures.

Courtesy of my antipodean crew in London, I know where to get my fix of this golden beauty they call Pale Ale: like The Stag in Belsize Park (a top gastropub for an excellent roast) or the more central Porterhouse in Covent Garden. I don't know what I expected when I was told the Little Creatures Rrewery had a bar. I just didn't expect the brewery to be all around the bar... 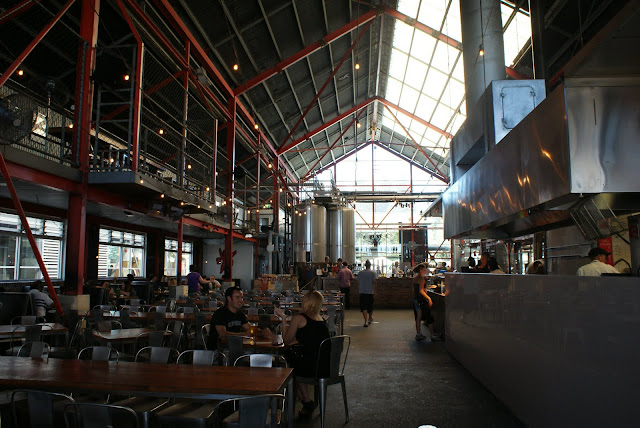 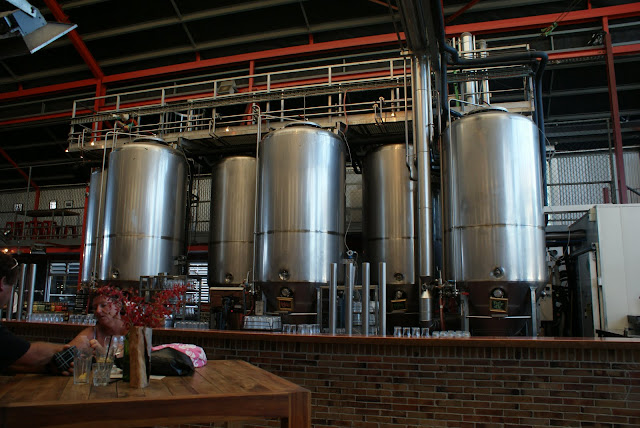 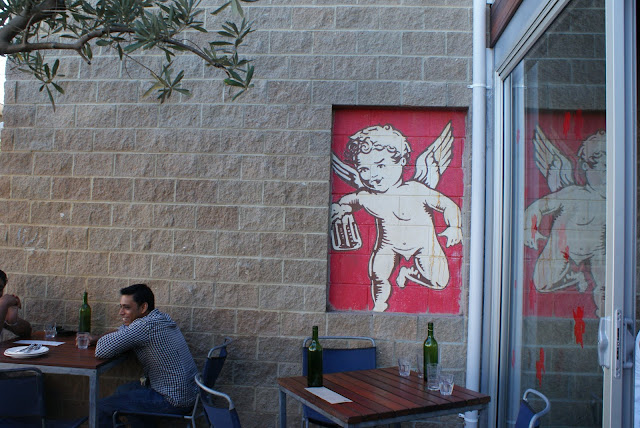 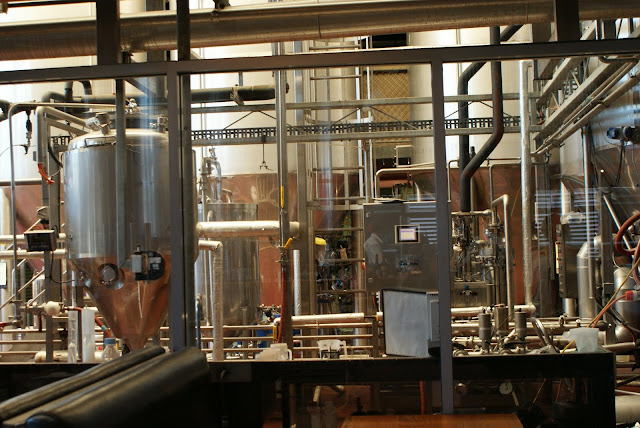 In contrast to wineries, that often have cultured tasting areas and swish restaurants alongside, breweries tend to look like unkempt production plants. Fremantle's mothership brewery had me from the moment I walked in. On my right were ginormous vats, fronted by a brick wall and bar. To the left were more vats, shielded by glass, with lots pipes and tubes running across, impressive looking buttons, in a Dexter's Laboratory-esque way. Ahead was a large seating area, leading out to the terrace and sea. All of this housed under an exoskeleton of metal beams, and what looks from the inside like corrugated metal. I'm a sucker for industrial-chic, so concrete and steel, and more steel, looks good to me. 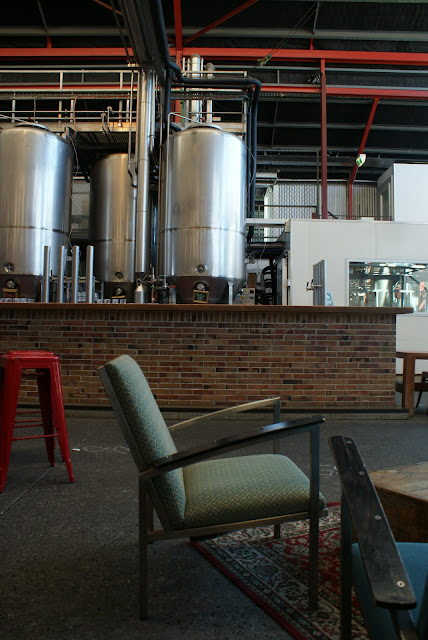 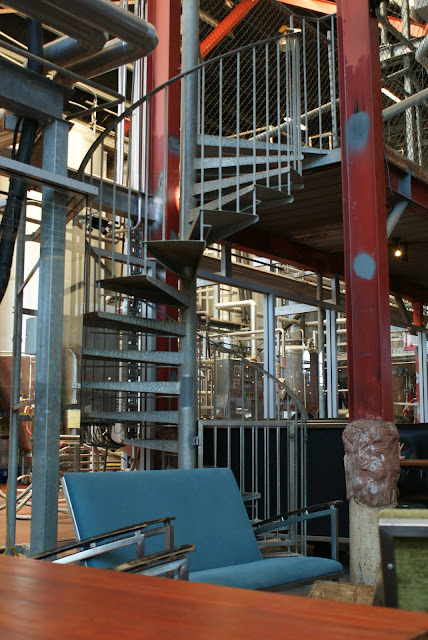 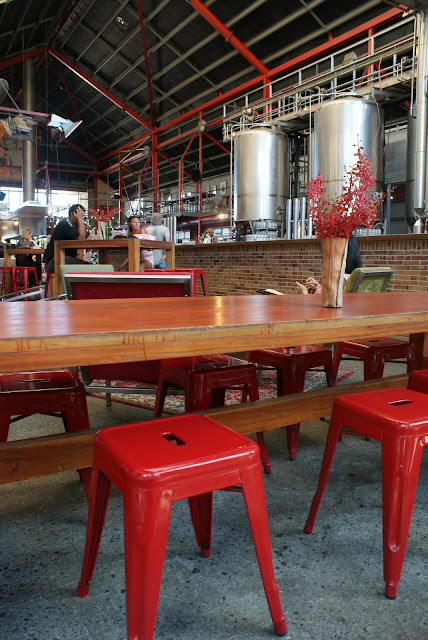 All that architectural masculinity was doing it for me. It was a sweltering day in Freo (Perth-ian for Fremantle), so the only place to be was the outside. The terrace was a-buzz with chatter, large groups and families luxuriating in the gorgeous weather, the spacious and atmospheric surroundings, and of course the beers. 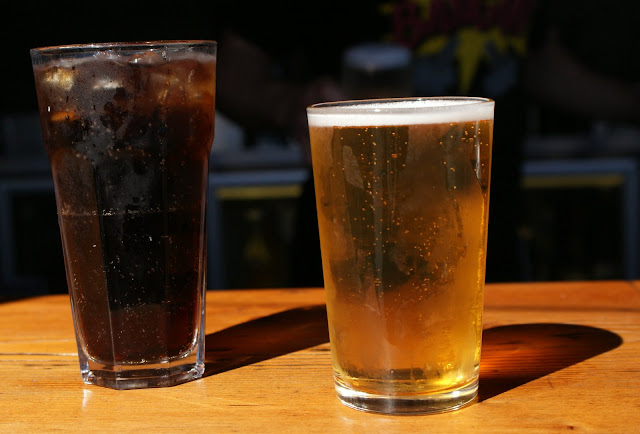 Ice cold beer bubbles fizzing on the palate and tingling down the throat, especially when temperatures are high, is such an awesome sensation. Little Creature's ales have a distinctively yeasty aroma and flavour due to the large amount of hops and method of brewing used. I loved savouring that long bready aftertaste. Aaaahhh.

So much so that I had to make a second trip back, at night. 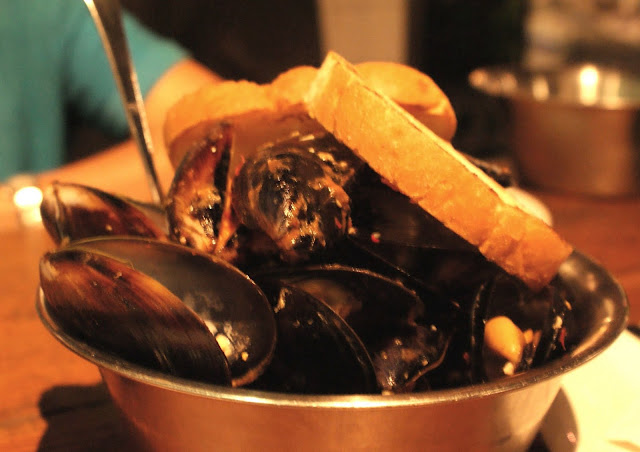 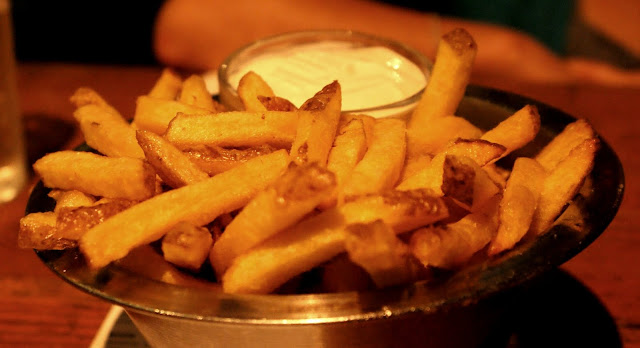 Little Creatures' menu is typical of one attached to a brewery, varied with favourites like burgers, meat skewers (including kangaroo), pizzas and salads. I was catching up with friend K, who had been a Londoner as well, till moving back to Perth. Mussels and fries, bites to nibble on and share, seemed apt.

I got the feeling food here was pleasant, though not wildly exciting. I could have eaten bowls of those salty fries and garlic aioli, which went perfectly with the ales. Our mussels were large but not juicy with sea-flavour, almost tasteless. The spicy tomato sauce it came in was flat and one-dimensional. Pizzas seemed to be popular, judging by the amounts coming out of the open kitchen. 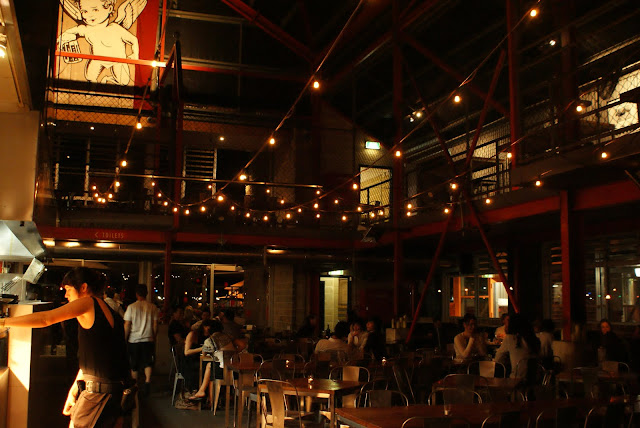 The space took on a different personality in the evenings. Bossanova beats cascaded from above, fairy lights twinkled underneath the metal beams creating what I imagine to be a man-made firefly effect. Energy still ran through the building despite everything being a little more relaxed.

It's a Hungry Female first - I admit the food wasn't all that, but I totally loved the building and the mood it created. It also added to the enjoyment of the ales. I tried the Pipsqueek Cider, Roger Dark Ale and the Bright Ale. All had that signature hoppiness, the Dark Ale more stout-like, and the Cider not actually very strong in flavour. My favourite? Still the original, Pale Ale.

Now a Fremantle landmark, Little Creatures Brewery is a must-see in Western Australia. A "small" ale is circa AUD$5.50.

Posted by Hungry Female at 4:34 PM

those fries look delish! always a sucker for fries with garlic aioli...

the reference to dexter's lab reminded of afternoon TV after school! (at the risk of dating myself)