Have I told you there is a little tapas trend going on here in London? Not just the regular stuff though, tapas that has morphed past just little plates of fried potatoes, integrates and introduces different cuisines and reflects how Londoners have changed in their approach to food. It's now much more acceptable to share food, and welcome in the communal fun. Unlike the days when everyone used to order their own and be dying inside with food envy or begrudge someone else for asking if they could try the dish you raved on about. London has embraced family style sharing with pizazz!

London is also unafraid of fusing the previously unfused, re-wrapping in hip packaging. Giant Robot in media-loving hangout Clerkenwell is one such example of this new gastro iteration. Enter the former location of Match bar, it has New York kitch-y retro semi-diner decor. They hadn't put up a cocktail menu when we visited, so offered to make-up any cocktail on request. I think this is a nice touch bars are beginning to do more of. 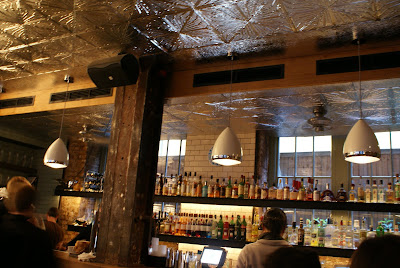 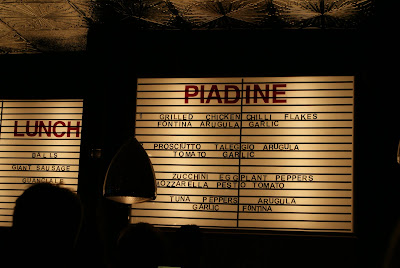 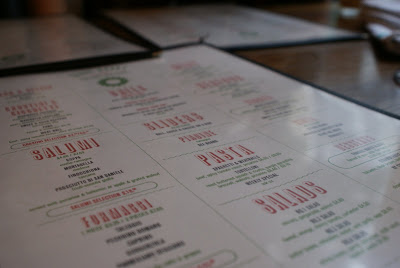 The menu resembles one you'd get in a diner. There are Small and Big versions of certain dishes in case you want to behave or super-size it. 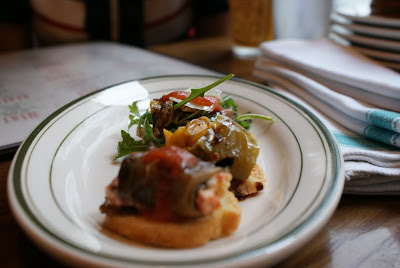 First up, a selection of Crostini: basically various roasted vegetables arranged rustically over crostini bread. They were like little kisses from the mediterranean. Some had bits of rocket (or arugula if you were from Nu Yawk) for a peppery kick. 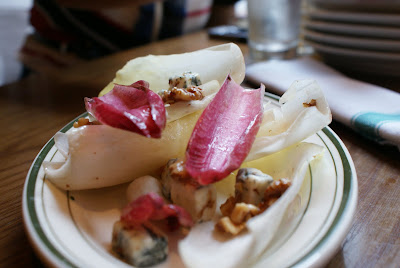 Walnut, Roquefort and Chicory Salad: Yummy, classic and with the perfect vinegary tang. These wonderful ingredients must come from Smithfield's market. 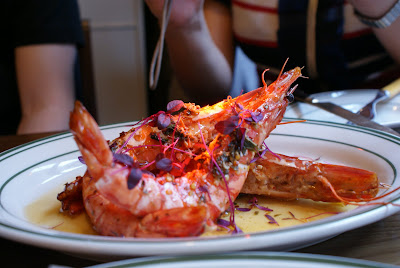 King Prawns: I struggled to get my head around this dish. No complaints what-so-ever with the taste - they were meaty, juicy, garlicky and finger licking fabulous. But at £14.90 a plate they are effectively a fiver each! The thrifty Asian in me perked up it's head as I dipped the prawn back in it's juices and finished it off. Nice, but extravagant. 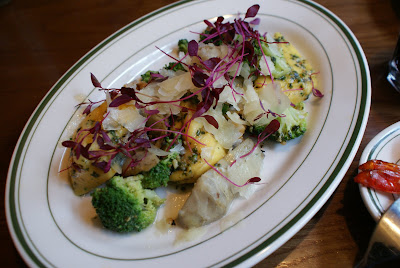 Butternut Squash Tortellini with Broccoli, Artichoke and Parmesan Shavings: All those words hit my marketing buttons on the head. One of my favourite dishes, I'm a complete sucker for dumpling shaped objects. The butternut squash filling had nuttiness and a hint of nutmeg, and was so aromatic amongst the vegetables. 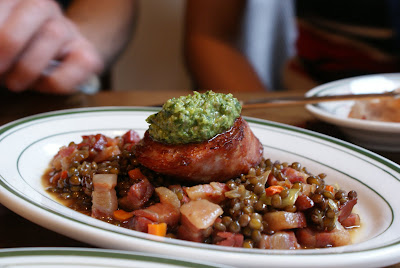 Giant sausage, served with pancetta, lentils and green pesto: an awesome dish. The sausage was rather German in it's density and powerful, heavy meatiness. I was reminded very much of Mark Hix's Wild Boar Bacon in the uber pancetta beneath. Another favourite dish. 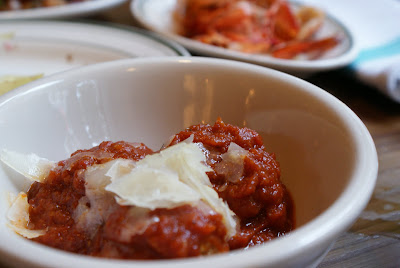 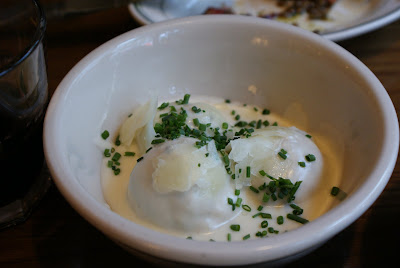 A selection of Beef, Pork and Chicken meatballs: these were really fun, and came with a choice of sauces. We chose spicy tomato for the Beef and Pork and Cream, Parmesan and Truffle Oil for the Chicken. This was tomato sauce you could dip anything into and the meatballs were the proper homemade ones. I wasn't entirely convinced by the white sauce though, I didn't get my usually heady hit of truffle?! 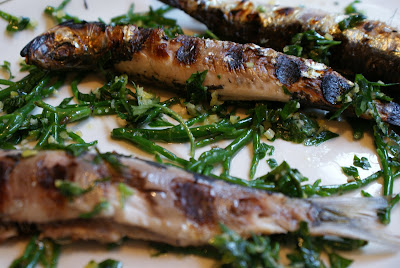 Mackerel with Samphire: I'd been wanting to try Samphire for ages and finally have! They call it Poor Man's Asparagus which is an apt description, and coming from the sea-bed it's inherent saltiness pairs well with fish. Again served with loads of garlic, the samphire lent texture and crunch to the oily mackerel. The dish is usually Sardines, but apparently they couldn't get them that day. 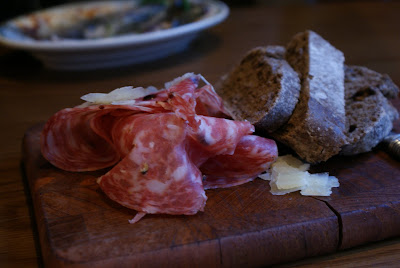 Finocchiona with Rye Bread: With a name like Pinocchio's lost sister, it's one that sparks conversation. A salami style meat, served with pecorino and has a real pepper hit. Has a lovely oily glaze and goes so well with the nutty rye. 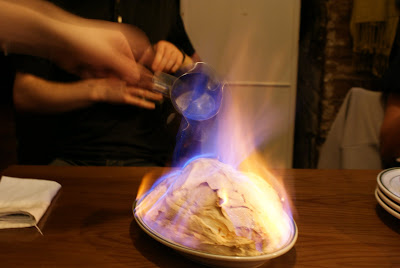 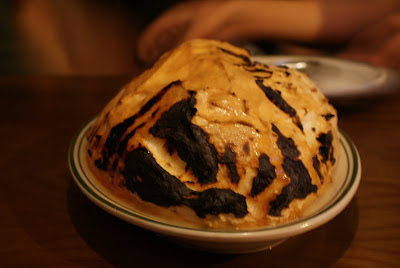 Baked Alaska: *drum roll please*! The show stealer, the grand finale, the winner of the food beauty parade! Everyone loves a bit of theatre at the dinner table. Legend has it that Delmonico's restaurant in New York's financial district was the birthplace of this flamboyant delight. Giant Robot's version is nicely updated with a fruity panetone base, and orange liqueur as perhaps a nod to its Italian inspiration. I love how much attention it gets as alcohol is poured over and it flames in bright blue. Delicious. It's light, a mixture of varying softnesses, and creates the perfect crusty case when the meringue on top has burnt off.

A real must try! It's great when places don't take themselves seriously and still put in every effort into food and service. Our waiters were extremely helpful and knowledgeable about the dishes, just chilled out happy people. There are several dishes which aren't bang for your buck, though on the whole it's not bad value for money. Given that we had 3 cocktails, 1 excellent bottle of Montepulciano, 11 dishes and lots of entertainment, I won't yet complain at £40 a head for 3 people. Hurray for global tapas!

Posted by Hungry Female at 1:36 PM