Speaking of resolutions, I'm determined to make winter sun a regular feature in 2011. It won't be hard with these pictures to remind me. In the week before Christmas, boy and I scored an outstanding package holiday. Oh so very Brits abroad but the idea of Goa in mid-December given the recent wild weather far outweighed the chav factor.

I sensed Goa was an extremely gentle introduction to what India could behold. Coming from Asia I recognise the honking motorcycles zooming down tiny lanes, loud and open haggling in markets and the general chaos that seems to just take place. Goa is no stranger to the Westerner: a former Portugese colony and now the more staid destination for the British tourist looking for a beach-break, it knows how to dress up Indian food to be more welcoming. I did expect "Sunday Roast" on the menu, and was avoiding these traps at all costs. What I didn't expect were where Western chefs had artfully interpreted the Indian palate and reinterpreted for both the Westerner and the Indian. Here are my picks of the wonderful and interesting highlights of fusion finds on the Goan coast... 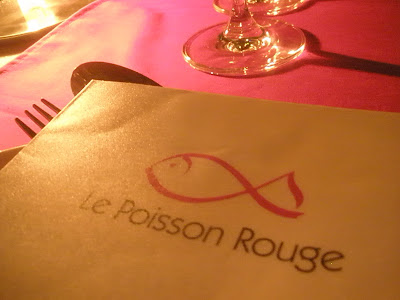 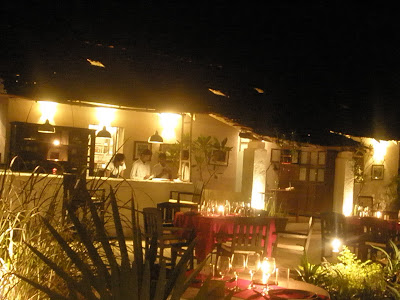 Le Poisson Rouge is the flagship restaurant of French chef Gregory Bazire, and just a walk down from our little resort on the Baga River. Dimly lit, the lush green shrubbery seemed to encase us from the honking outside. The menu is French-Indian-Goan, perfectly cooked dishes in a classic French style with local flavours. It might sound like a well trodden path, but the results are a lively and captivating. 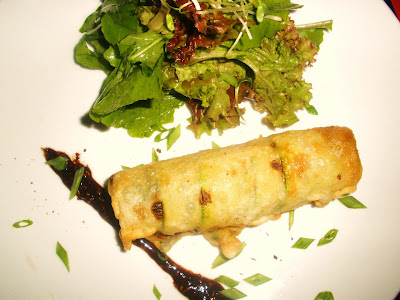 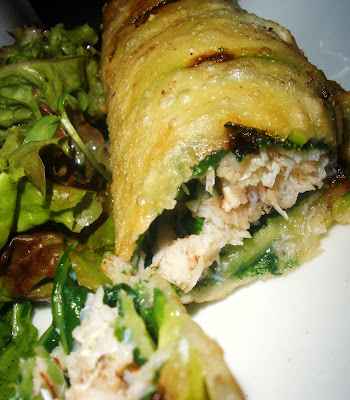 River Crab and Coconut Tempura was deliciously moist, both crab and coconut flakes were fresh and danced together wonderfully. The tempura casing was crunchy and springy at the same time. Accompanied also by a sweet and tangy fig sauce for added punch. 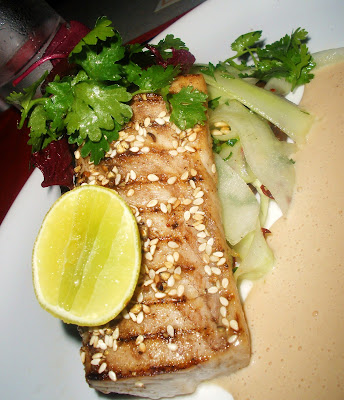 My main of grilled Kingfish, Thai Cucumber Salad and Peanut Butter emulsion sang of sunshine on the beach. Hearty fish, meaty and well-cooked received an excellent foil of both "yin" from the refreshing cucumber salad and "yang" from the nutty and delicate peanut sauce. My only criticism of the sauce would be it maybe seemed quite runny. 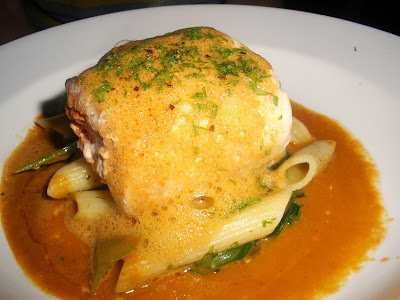 The other main was a seafood bonanza: red snapper stuffed with prawns and rechado masala, with a lobster emulsion, on top broccoli and penne pasta. Talk about a mouthful. Rechado masala is a Goan speciality, mainly a spicy mixture that is often used to stuff seafood or meat. Everything had great balance and texture, the hot chilli stuffing calmed by a foamy lobster emulsion, and not detracting from the tasty snapper. 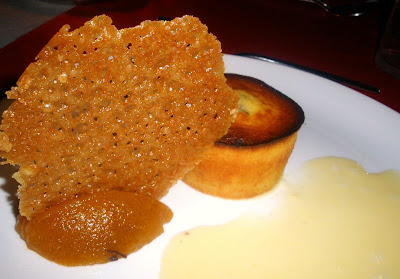 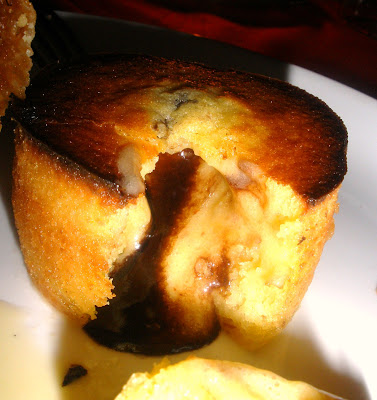 The real fusion superstars of this meal were the desserts. Just fabulous examples of quintessential French artistry with an Indian accent! A simple concept but more than often not executed well. The pumpkin moelleux just called out my name at first glance of the dessert menu and was simply delightful. It's pumpkin and chocolate filling oozed beautifully, revelling in the creamy cardamom sauce beneath. The butterscotch brittle and pumpkin compote provided relief from any potential creamy-saturation. 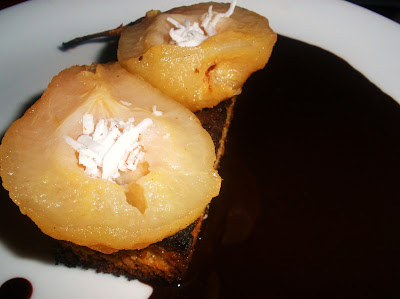 Poached pear, dark rum chocolate sauce and coconut brownie was again an exotic journey. I loved the slight bite from the coconut brownie, and the whole dish was rich, fruity and elegant all at once.

Still on the creativity of Gregory Bazire, Om Made is its sister cafe perched on the hillside of gorgeous Anjuna Beach, north of previously mentioned Baga. 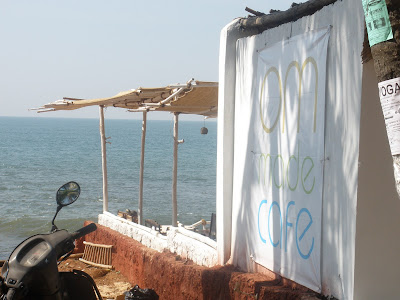 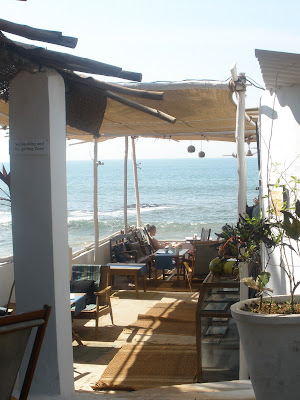 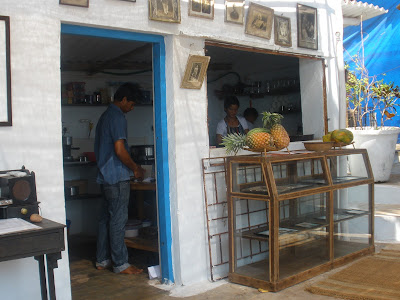 This littler operation has beach shack finesse down to a T. Decorated tastefully with reclaimed furniture, black and white photos, it bears a distinctive touch of class. The food is more snacky but still prepared with care and passion. 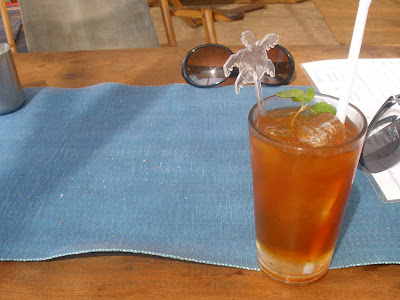 A Cardomom and lime iced tea was the perfect apres beach cool down... 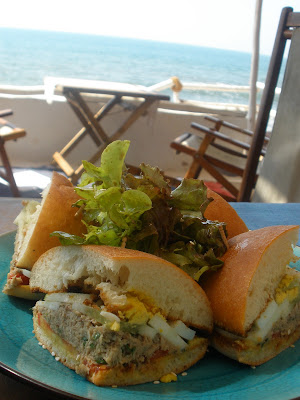 Om Made special sandwich of tuna, egg, cucumber and herbs. Sun, sea and crashing waves can transform the lowly butty to gourmet standards! 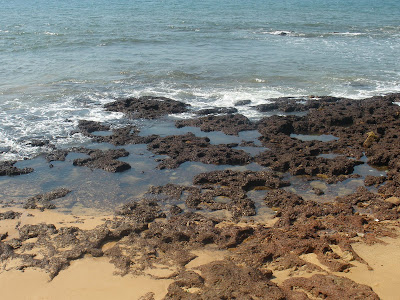 Snow in London, you say?
Next installment, cakes to swoon at and a darn good burger!

Posted by Hungry Female at 8:55 PM