I bet there are a fair few who have been ogling pretty Lorraine Pascale on a new UK food programme, Baking Made Easy. After modelling and a few other non-related professions later (including being a car mechanic!) she finally settled on life as a chef, especially in the art of pastry and baking. Now, there are food shows that have titles with large claims (has anyone really made a full Jamie meal under 30 minutes?!), but folks, I believe this one is bona fide. At least in my very first attempt at making bread, and one of my all time favourites, focaccia.

So here is Lorraine's super-easy recipe, and it really does produce nice results. 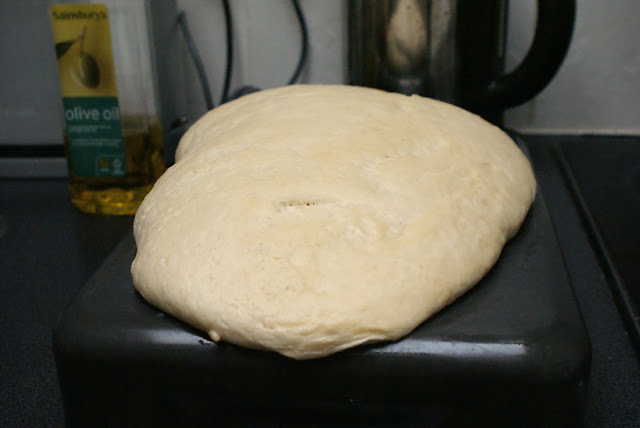 Suffered a slight red alert moment when I thought my dough was NOT rising. Was it from using Very Strong Flour instead of Strong? Had I kneaded it for long enough? Was it warm enough?! I know now it was due to my own impatience. In time it did double in size and feel marvellously pillowy. 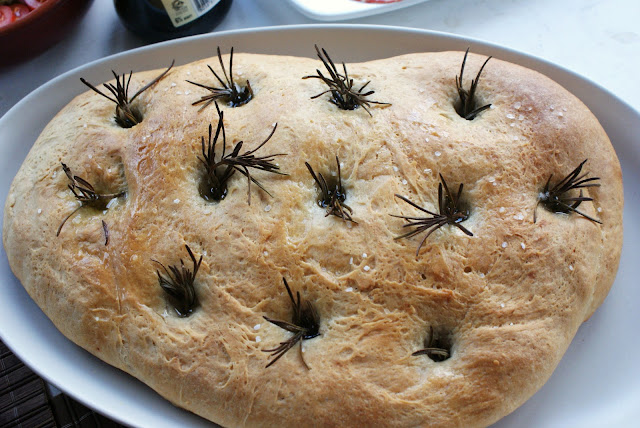 I adore those sprigs peeping out of their little holes. Drizzling over some extra virgin olive oil whilst still hot from the oven adds fragrance and flavour. 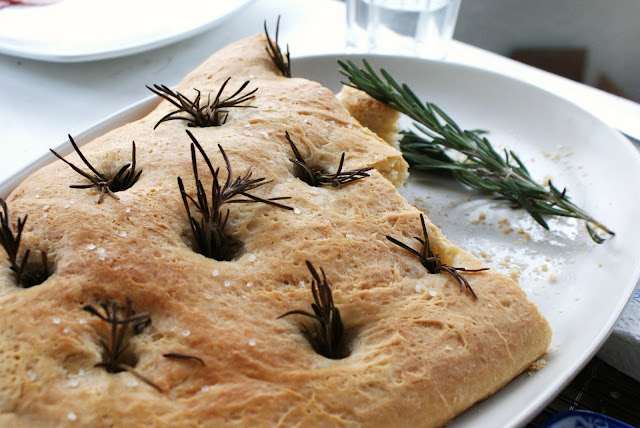 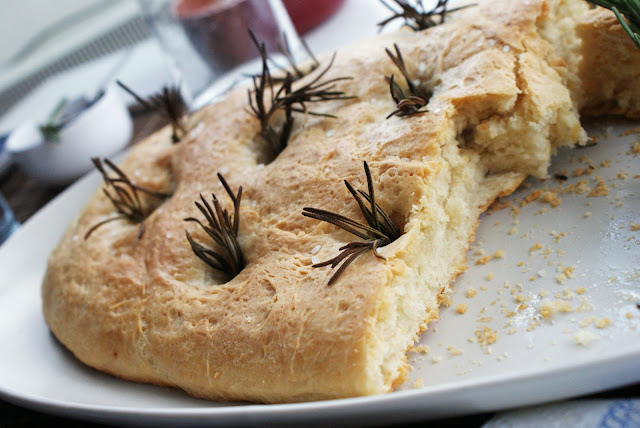 Texture wise, it was crisp on the outside, and suitably crumbly on the inside. I suspect the uneven crust was from stretching the dough rather than pressing out evenly it into it's flat shape. Regardless, flavour-wise it was rather decent given a first effort.

You're not just a pretty face, are you Lorraine? I commend this easy and stylish bake and support your campaign in oven usage. Myself and lovely friend J enjoyed our focaccia with mortadella, salami milano, tomatoes and lots more lashings of olive oil.
Posted by Hungry Female at 5:57 PM

I finally saw this episode! I cant wait to watch the macaroon one!